Zero Hour, Our Revolution, March for Our Lives, Our Children's Trust, WE, the World,

And periodic conferences like Unrig the System and The People's Summit
Activism can be as little as donating $10/mo to your favorite or, of course, much more.

First and foremost and light-years beyond all others, The Ringing Cedars of Russia series
The first book is Anastasia by Vladimir Megre. These books can do more for the world than anything else out there.
Naomi Klein's No Is Not Enough, Paul Hawken's Drawdown, Michelle Alexander's The New Jim Crow,
Ken Wilber's Trump and a Post-Truth World, Hans Rosling's Factfulness (take this quiz)
and, of course, Mark Landau's A New American Evolution

The Internet's Own Boy, Seed: The Untold Story, The Biggest Little Farm, Chasing Ice, Chasing Coral
This Changes Everything, My Octopus Teacher, David Attenborough: A Life on Our Planet, Seaspiracy*
* And watch this to balance out some of the claims made in Seaspiracy
Anastasia's Food Growing/Healing Protocol
Anastasia-Related Documentary

David C. Johnson's Biologically Enhanced Agricultural Management (BEAM)
Watch the video at the bottom and beware, he's not eloquent
or easy to watch but the content is world-saving.

David Weininger, a renaissance genius, discovered a molecule that enhances memory and intelligence.
He called it the Cognition Enhancer. But when he tried to test it in the normal, medical ways, he
encountered obstacles at every turn. Finally, he was invited to the party of some well-known
people he barely knew here in Santa Fe. Out of curiosity he went. There, he was approached
by two prominent politicians. They told him he would never be allowed to test, threatened
his life and left him with, and I quote, "Enhanced intelligence is not wanted." So he
built a ten ton steel model of the molecule, which now sits outside his company,
Daylight Chemical Information Systems, at 441 Greg Avenue in Santa Fe. It
closed when he died. His partner's facility in California remains open. 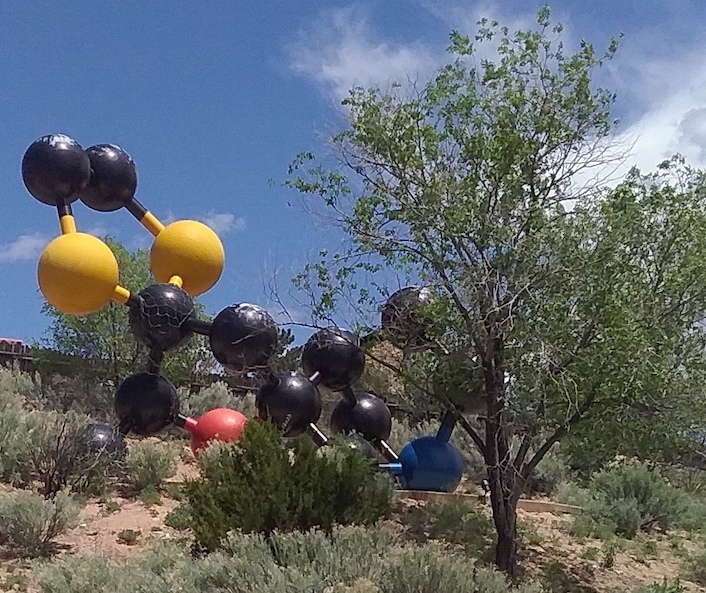